Dan Reinhold is the Senior Pastor at University Bible Church. He received his B.A. from ISU in 2003 and his Masters of Divinity from Western Seminary in 2012. He has been on staff at UBC since 2005, serving as an apprentice and later as an assistant pastor. Dan and his wife Sarah have four children. 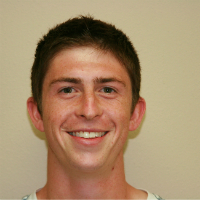 Tom Wyckoff is the Assistant Pastor at University Bible Church. Tom works with our college ministry, Crossroads College Christian Fellowship. During his college years he was actively involved with campus ministry. He graduated from Willamette University in Salem, Oregon in 2012 with a B.A. in Economics and Spanish, and recieved his Masters of Divinity from Western Seminary in 2019.

Brad Thompson is a pastoral apprentice working with our youth ministry.  Brad had worked with the youth at UBC for several years as a volunteer until joining staff in 2017.  He is currently pursuing a Biblical Studies degree through Moody Bible Institute in Chicago.  Brad and his wife Jennifer have three children.